For more than a decade Josh and Mak has been actively advising its law clients in the world of corporate health care, the energy sector, industrial health and safety and occupational safety.

After the COVID19 Pandemic we have added our strategic knowledge and industrial relationships to an entirely new dimension of consulting services, pertaining to safely procuring PPE equipment without facing legal risks, and the complication brought on by unethical brokers and fraudulent commercial elements.

This dimension of our legal and business consultancy works only with qualified, verified and thoroughly vetted buyers and authorised brand sellers of personal protective equipment for medical and industrial purposes.

The main brands we are currently supporting legal due diligence /supplier vetting on are 3M amongst others, as well as several brands of Gloves and other PPE which have now become a casualty to sham offers and counterfeiting.

I want to buy PPE on behalf of a company or a government agency, what is the risk? Am I legally a ‘Buyer’? 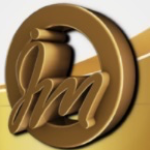 ByJosh and Mak For Business 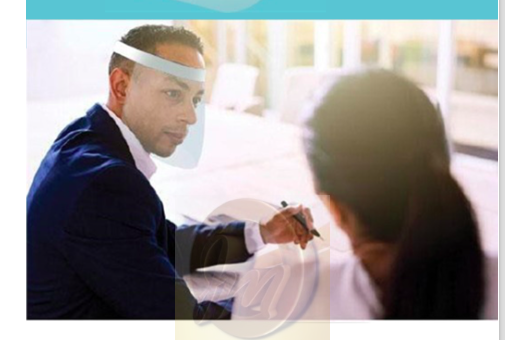 The biggest and most ironic joke of 2020 was suppliers with no PPE experience acting as ‘buyers’ to overseas sellers. When Hundreds of End Sellers defaulted on contracts this year and supplied what was ‘duff’ or third rate PPE in Europe and USA, the governments were keen on getting refunds from these suppliers who later turned out to be companies established as early as 2020 (a couple of months before such contracts were awarded).

Practically speaking, as politics has never been my cup of tea, neither the ‘co-operative procurement officials’ nor their favoured suppliers saw this accountability coming.

Bottom line, this model of trade is not only risky if you want to make a neat profit, while acting as what I call an ‘intermediary seller’, you must insure yourself against a lot of legal issues.

Take the example of the criminal investigations into the misuse of public money and counterfeit PPE which are now beginning to open up all over USA and Europe.If you were involved as a broker and you took the time to connect the actual title holder of the PPE with the end buyer, your liability is limited as long as you did the same in good faith.In many cases, you may not even have to refund your brokerage fees.In the UK many companies skimming off as much as 50% of the allocated prices for PPE while paying peanuts to end suppliers were ultimately shamed publicly when their original contracts with the government and the end suppliers found their way to the press.

However if you took the risk of signing up as a buyer and seller, when you didn’t have the money or the goods, and you just wanted to skim off the profits without letting either sides know this, then you may have exposed yourself to significant liability and financial risk.

For many people in the COVID PPE trade, flipping cargos and consignments for quick profits like this has been a piece of cake all over 2020, but now as political regimes will change, and the new governments will start looking into any excuse to bring to account the procurement misdeeds of the civil servants pandering to the whims of their then political bosses, a lot of cases will be reopened.

In the past couple of weeks, we have seen random checks, testing and investigation by crime prevention teams in the USA.

It just goes to say that the fish market which existed in 2020 in the PPE sector is now slowly phasing out.

All commercial actors in such transactions are advised to ensure that their documentation is genuine and to take extra steps by hiring proper legal teams if they even basically contemplate such arrangements.

In fact now is the point when everyone woke up to the reality of the fact that no amount of bribes and friendships in the procurement departments of government purchasing industries can help you if your contract ended up becoming a subject of default, or defective or counterfeit goods.

And now a moment of silence for all the suppliers who still feel they can liquidate the remaining counterfeit 3M1860 stock for 50 cents a piece in a nice desert sale.

Look out for ‘Mexico OTG special’ in the coming days.

By Josh and Mak For Business

When should I demand a Bank Performance Guarantee, during any non-COVID related procurement?

I am confused, the Vendor is showing me a US origin SGS report and 3M USA LOT certificates for masks, which I can see from their product pictures, are being made in China. What is happening here?

What information do I have the right to as the consumer, when purchasing 3M 1860 masks?

When should I demand a Bank Performance Guarantee, during any non-COVID related procurement?

I am confused, the Vendor is showing me a US origin SGS report and 3M USA LOT certificates for masks, which I can see from their product pictures, are being made in China. What is happening here?

What information do I have the right to as the consumer, when purchasing 3M 1860 masks?

How can I make sure I do not get scammed while trying to buy 3M1860 Masks?